The yellow dots incidate where pots are located

The blue dots indicates where wells are located

The little white and blue icons on the map indicate the location of small shrines, where you can save your game, use the item storage system and pray 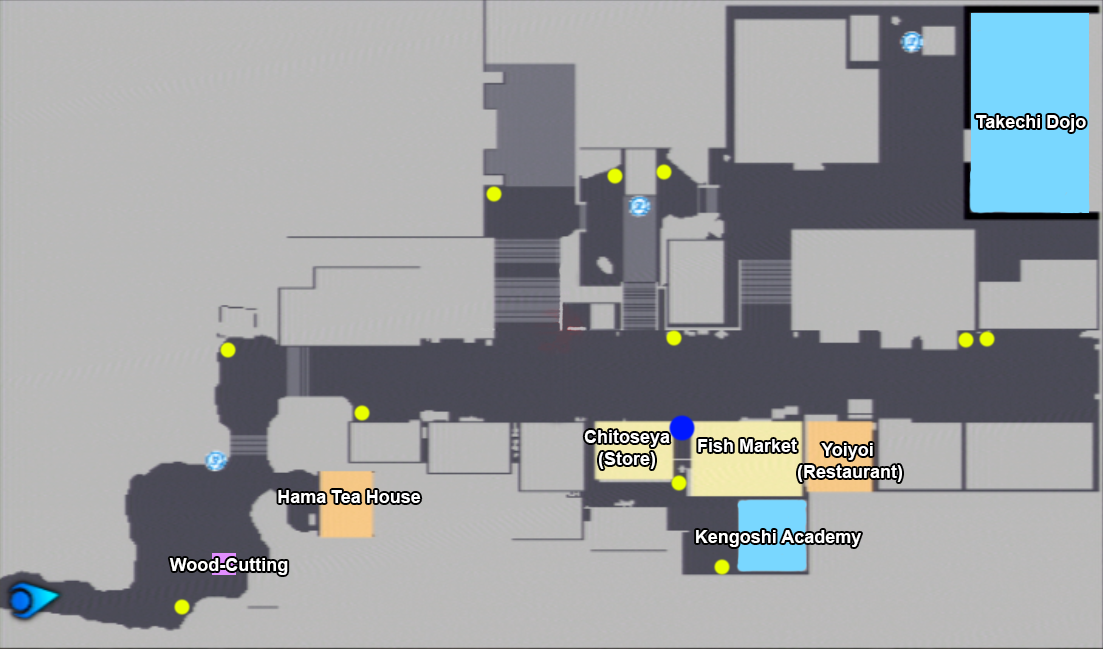 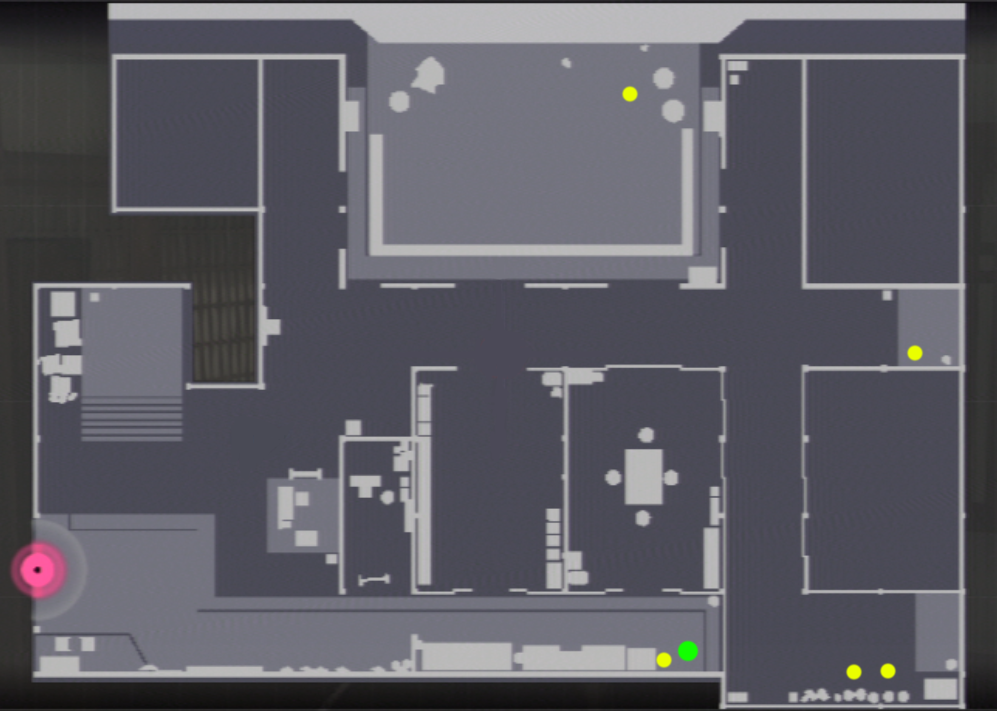 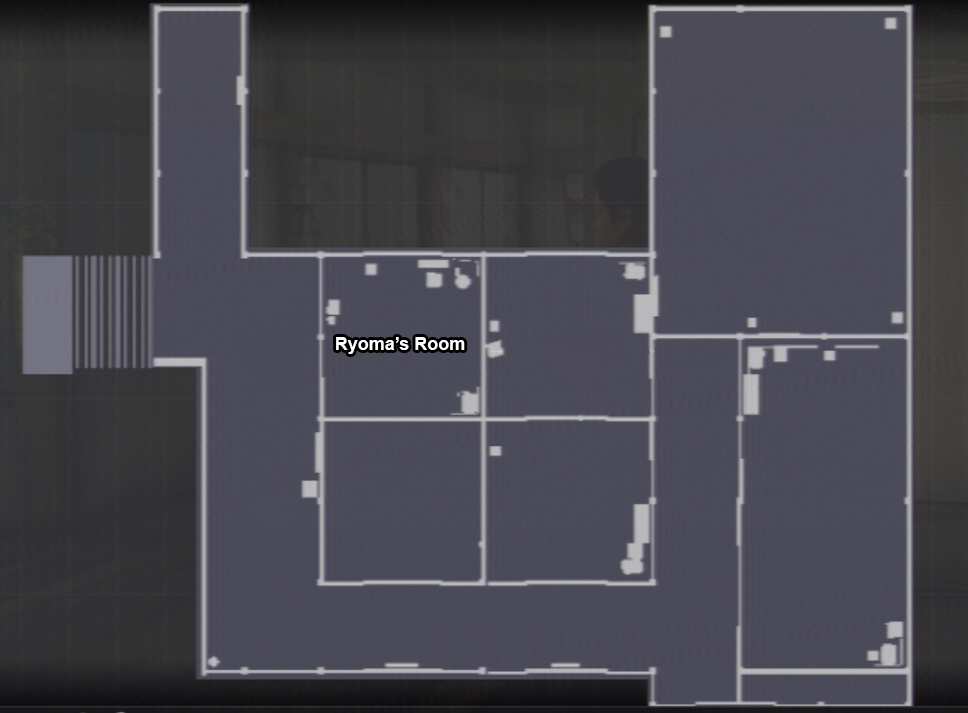 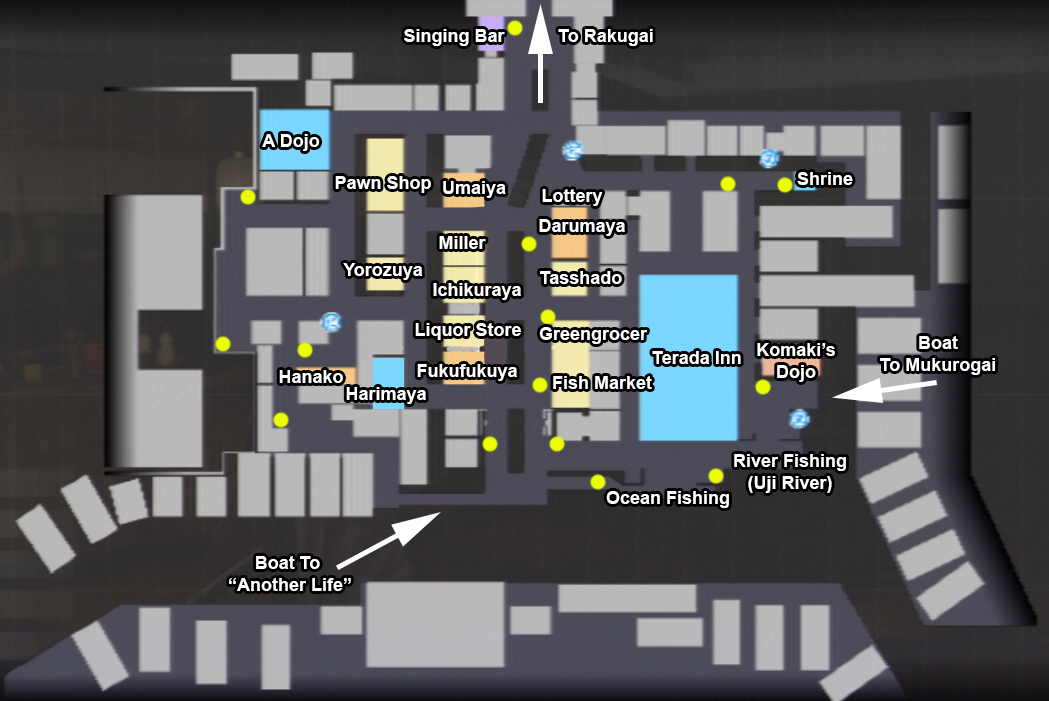 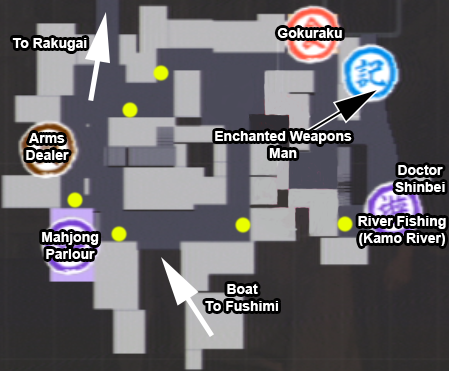 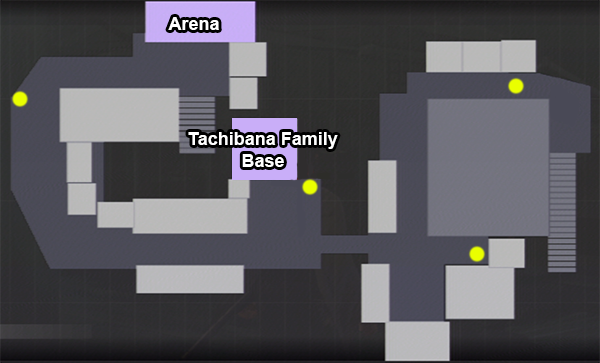 After joining the Shinsengumi in Chapter 3, you can give the gatekeeper to the north some sake and he will open the gates for you. Any kind of sake will work. After that, you can freely use the gate to quickly get to Rakugai instead of going via Fushimi. 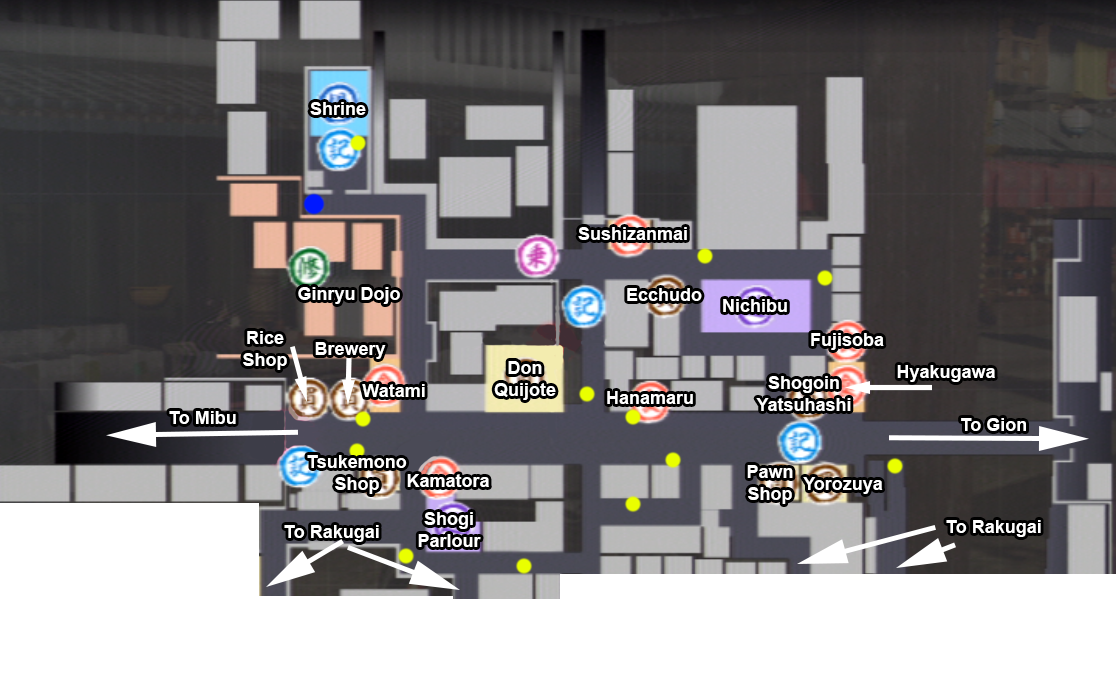 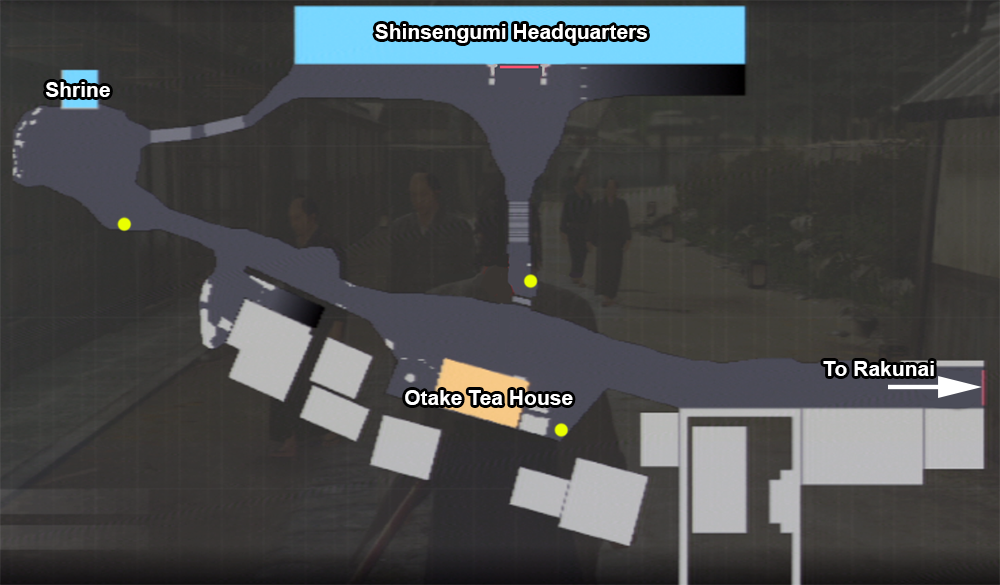 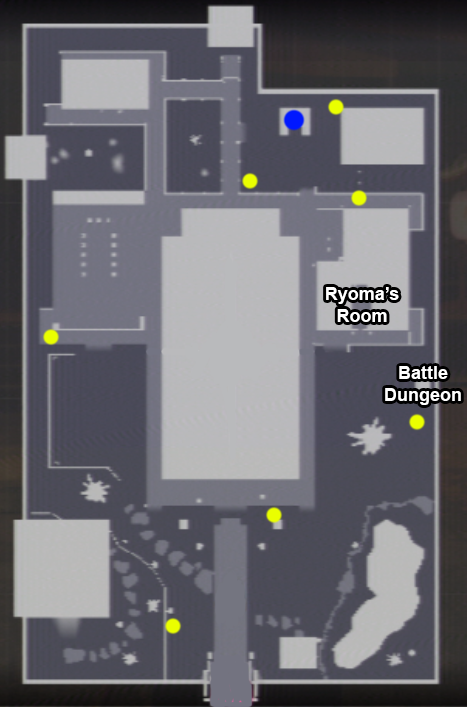 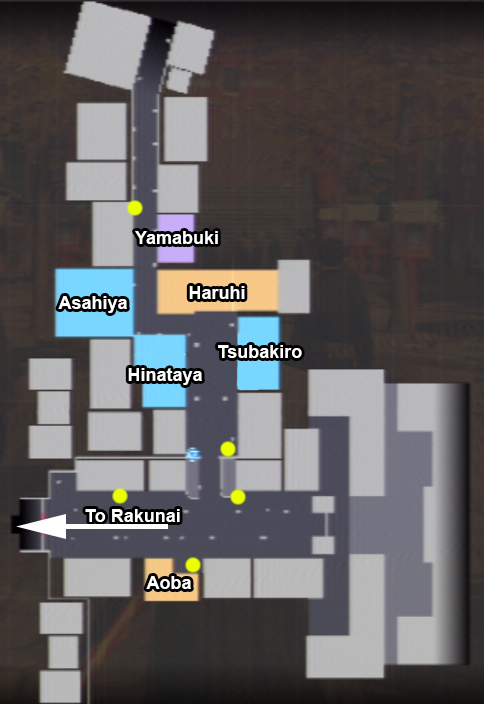