The options in the same order as they appear in-game. The text in bold indicates the setting the game defaults on, and text to the left and right of it are settings you can switch to. For example, the "Tips" option defaults on "Normal" and to the left there is "Few" and to the right there is "Many", so pressing left will set it to "Few" and pressing right will set it to "Many". 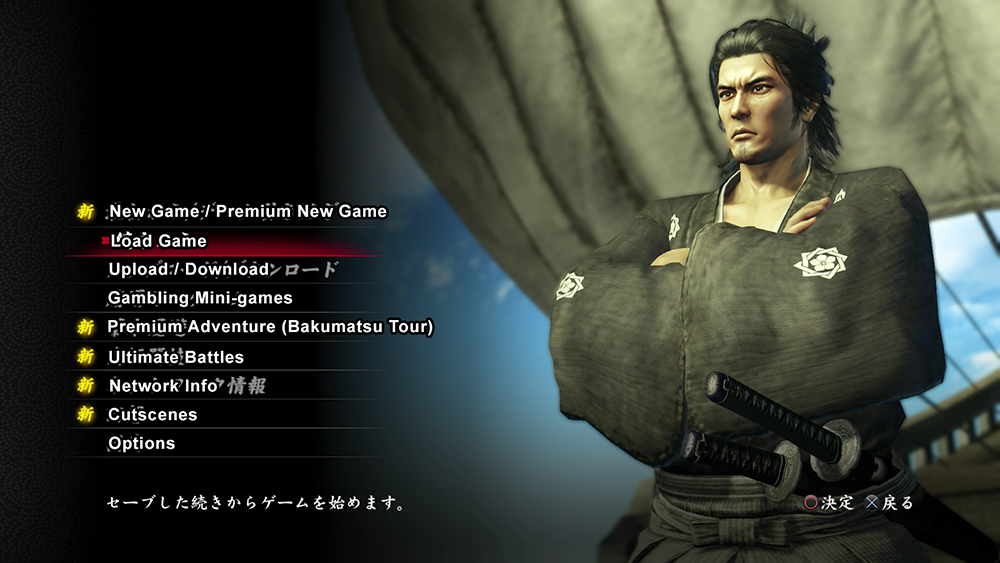 With the Gambling Mini-Game option, you can compete with people from all over the world in a few mini-games.

On Network Info, the top option tells you about the network service and the bottom option shows you the DLC you have. 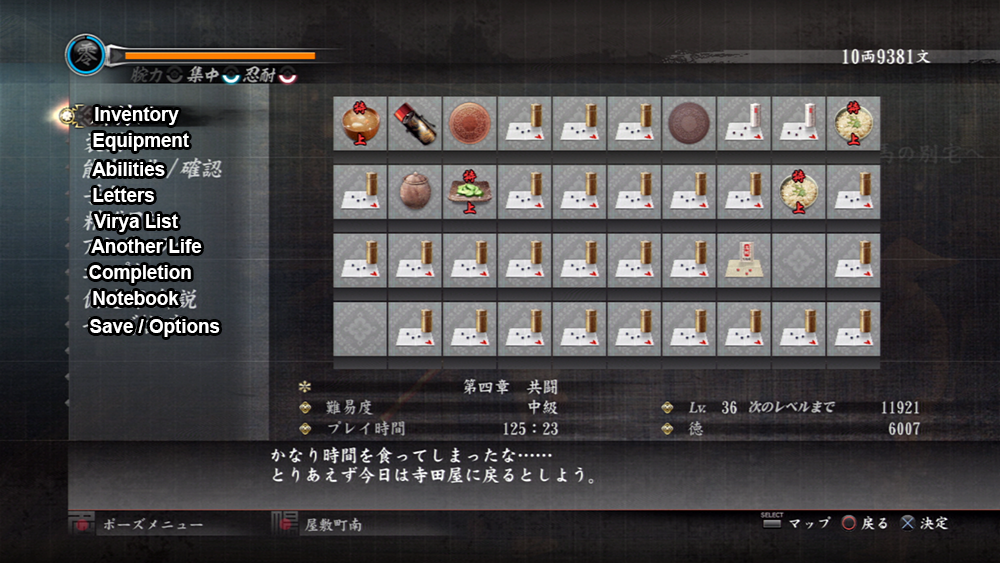 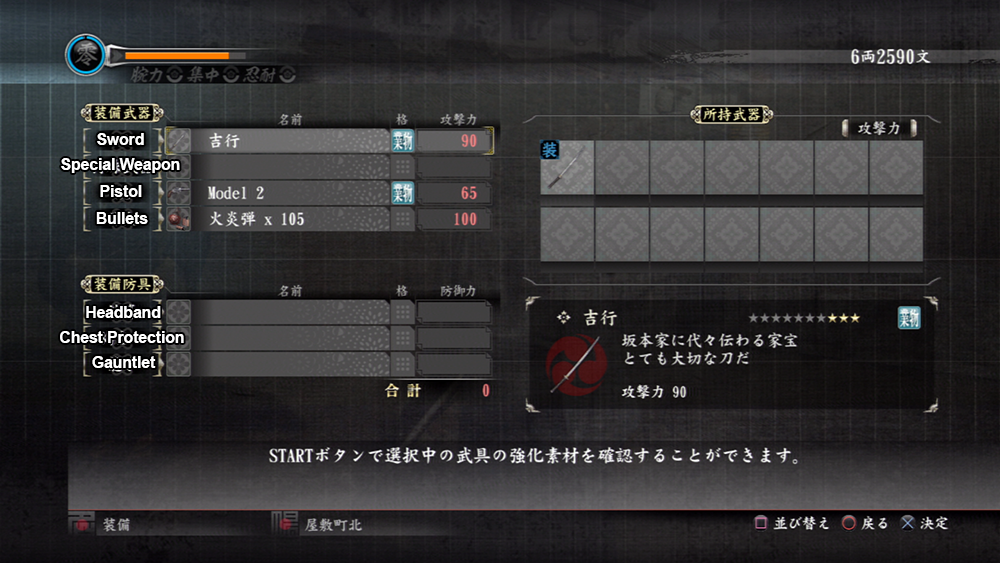 "Special Weapons" are things such as cannon, spears and greatswords. When you equip one of these weapons, you can select it in battle by pressing the down directional button when you are using the Hand-to-Hand Fighting Style.

"Bullets" are the special bullet types you can use with the Pistol Fighting Style. 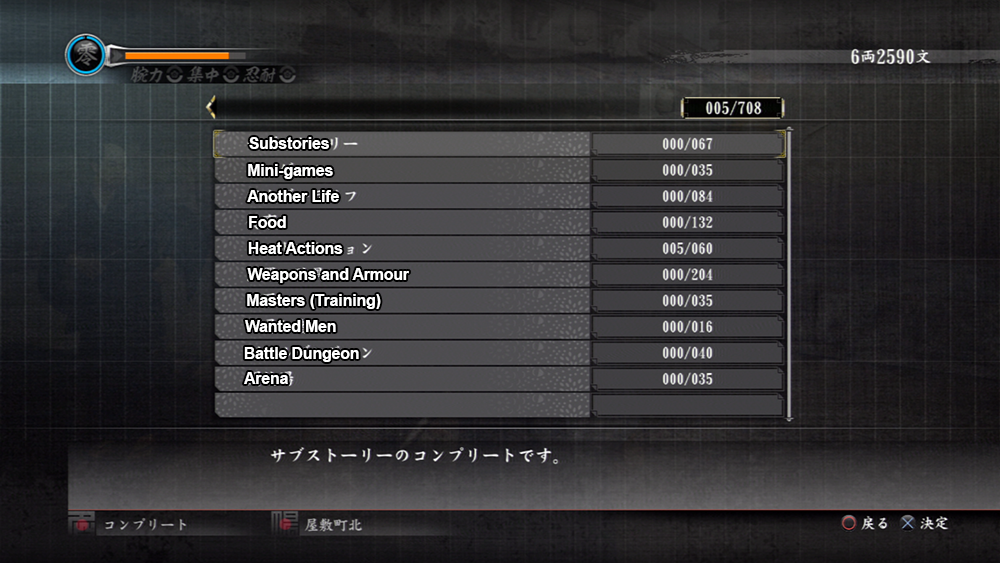 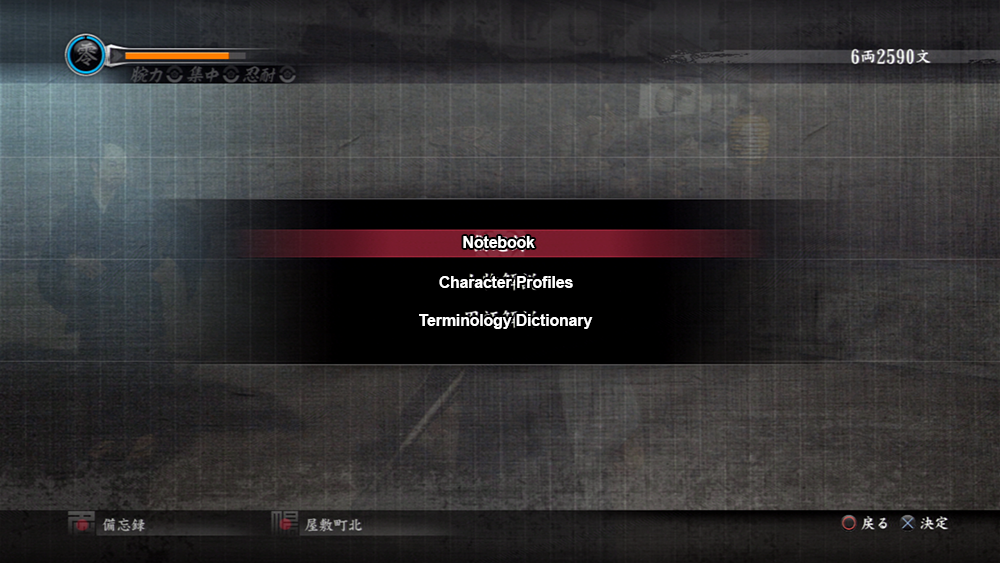 "Notebook" contains lots of information, including all the tips from the game and explanation of gameplay mechanics and such (all of which is explained in the main story, but you can come back and read it again in this section) 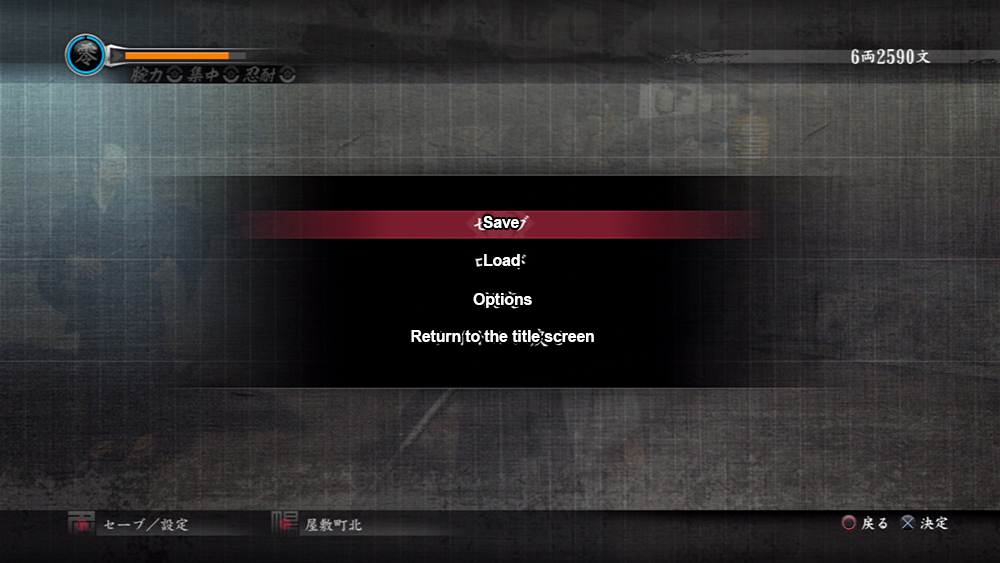 For the first time outside of the Kurohyo games, you can save wherever you like (though you can't save during battle). You can also load whenever you like from this menu.